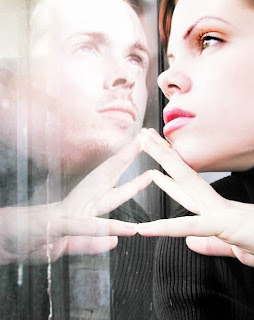 Everyday I wake up, get out of bed and perform my same morning rituals to get ready for work. Everyday they are pretty much the same thing: Wash my face, shave my face, and finally brush my teeth. It sounds simple enough. Doesn’t sound like it is the hardest routine in the world. Right?

Wrong! It is the hardest part of my day, everyday. I know that I should be thankful that I have the ability to complete these simple tasks and I am able to even get out of bed at all, but the issue I have is looking myself in the mirror and having to see the reflection that I have staring back at me.

It is not that I am grossly disfigured, nor do I consider myself ugly. The reason I have a hard time looking into the mirror is because I don’t see the reflection of the person that I am supposed to be. I look into the mirror and see someone foreign, that something is wrong and wishing there was something I could do to instantly fix it. In that moment I have to realize that the face I see is my own and there is nothing else to do, but suck it up.

Growing up as a child, not knowing what my situation was, I would dream there were magic machines and magic pills that could instantly transform me into a girl or that I could instantly switch with another girl in one of my classes just like in Freaky Friday. All of the day dreaming would get me by during the days, but at night it would hit me that my life was not headed in the direction that I wanted it to go.

Growing up I would force myself to do the most macho things I could find, such as sports, dating and getting into fights. I would rely on my lack of self esteem to propel me into fighting harder to pretend I was one of the guys and everyday I would find myself losing myself just a little bit more.

When I finally figured out there was something I could do to fix the situation that I was in, I was happy and scared at the same time. I dreamt of all the possibilities I could do with my life, but I was also resistant to the choice because of how transwomen are treated in the world. I knew in my own household that that choice of lifestyle would be highly frowned upon and that I would receive highly negative repercussions. I found out first hand when I experimented with gaining my own articles of clothing and other items that were discovered by my parents that lead to a very heated discussion which didn’t end well in my favor.

Today I still see the same treatment to us. I see people haven’t changed much in the last nine years. Society still treats us just as bad. There are more support groups and more people fighting for trans rights. There are more role models and more laws to protect us. There has been a lot of change, but still a lot of misinformation is passed around that hurts us.

We are attacked on a daily basis, on simple things that people everyday take for granted like being able to use a bathroom, or going out for a date around the city. These things seem pretty simple to do, but not for a transwoman. In Arizona you will get arrested for using a bathroom that you coincide with, but not your ID. While in New York transwomen have been stopped and searched insuring that they weren’t sex workers, but if they happened to have a condom on them, they were arrested for prostitution. Normal women just trying to live their lives.

It seems to me that people are misguided on who transwomen are and the fail to realize that they are human beings too. A lot of it is had to be with how media portrays the female trans community. We are usually the butt end of a joke or we are casted into a negative light. Many find the jokes hilarious and some are done in good taste, but what these writers and producers fail to realize is that these jokes have major repercussions for us.

Take this simple joke that I heard:
Group at a bar
Guy1- You could have any girl in here. Well, except for that one. That’s a dude.
Guy2- Seriously?!
Guy1- Trust me I know.

In this instance it seems that the joke is simple: that there is a woman at the bar that was born a male. If you take the words as they came and don’t over emphasize there isn’t much harm done. Some women I pointed this out to seemed to agree that it was a quick jab and that if the guy wanted to choose the woman beyond the fact that he would choose her because it was his choice. Though that is not all that I see that is wrong with this simple joke. What I see is what the words could lead to for people that don’t have to deal with any transgender person on daily basis. It sparks the idea in me that the characters think that there is something wrong with the woman and that she doesn’t get a valid chance to be chosen. It also flashes that what if some people take from this joke that transwomen are tricksters trying to lure men into being with them or even worse sexual predators that are lying and conniving to get into a man’s pants?

I might be reading too far into this and making something out of nothing, but people tend to have like ideas, so maybe I am not the only one that thought this way. Maybe someone else thought this way and it is a reason that they have fear or hate for transwoman because this is the sole information that they have to base their whole understanding of what a transwoman is.

Then take tv talk shows such as Jerry Springer and The Maury Show. Both of these shows show transwomen in a horrible light. They always seem to make the transwoman as being the wrong person or a trickster. Especially on the Maury Show. One of it’s popular segments is Can You Guess If she is a Man or a Woman. Seriously?! These women subject themselves to portraying themselves as tricksters to the whole audience so that they could make some measly money. They are women not men. They don’t know how much damage they are causing by going around showcasing themselves as anything other than what they want to be perceived as. Don’t even get me started with Jerry Springer. This show is just garbage and makes transwomen always look like they are sexual predators who trick their boyfriends into being with them by not disclosing what they were born. Yes that might be wrong, but it isn’t how every relationship that starts out with a transwoman is. Though that is not how all people see it after watching these shows. They base what they see on television with truth and adjust the way they see the world because of it. These shows help them base what they think of transwomen.

Another negative portrayal of transwomen that disgusts me is how shows that have serious situations and are supposed to be lifelike use men to play transwomen. Not only do they do a horrible job at casting the role, it seems that they get actors who are far too masculine looking to play the part and that the part they always seem to play is that of a sex worker. More negative misguided information. If you you are going to include a trans character on your show get a trans person to play the part. Don’t half ass it and shine negative lights on us. Even though there have been shows that have tried to portray the life of a transwoman such as Ugly Betty and Dirty Sexy Money, the writers seem to not have the full understanding of our lives which leads to the characters short comings.

What the general consensus needs to learn is that we come in many shape and sizes. Some of us can go through our lives and never be called out, while others of us have to deal with the hard fact of transitioning in society’s eye. Our road is long and far from easy. There are many obstacles in our path that we have to overcome even before we can start our transition. We are human and we have feelings. We feel, hurt, laugh, cry and rejoice the same way that everyone else does, so we deserve to be treated the same.

In the fight for our rights we still have a long journey ahead of us to gain the ground that we need to be accepted as we are. There will always be hate in the world and groups that are different will always be attacked. What we need to learn is that instead of calling people out for being transphobic and shouting hate from the top of our lungs is that we need to learn to preach and coach them to help them understand the situations that we go through. We need to teach the world that we aren’t to be feared or hated because we just want to survive the chaos of the world the same way that they want to survive it.

I hope that one day I will be able to look in the mirror and be happy with the reflection that is looking back at me. I hope that when that time comes that society will also be ready to accept it too.

There was an error retrieving images from Instagram. An attempt will be remade in a few minutes.